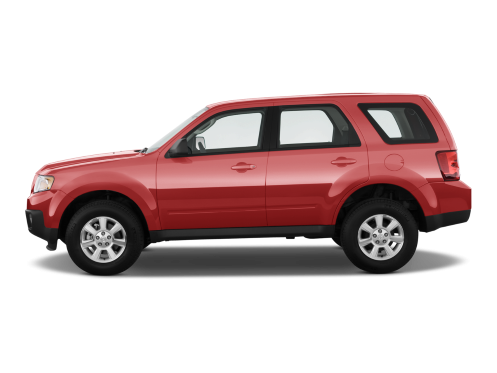 The Mazda Tribute is a compact SUV built by Japanese carmaker Mazda from 2000 through 2011. It was together produced with Ford Motor Company and based on the Mazda 626 platform, the basics of Ford Escape CD2 platform. The Tribute was rated under the Ford Escape and Mercury Mariner in Ford's SUV list.

One main distinction among the Tribute and the Ford Escape/Maverick is that the Tribute offers a firm ride to match with Mazda's sporty image. As Mazda had offered models in other classes such as the Mazda 3 and CX-7, the practical Tribute was followed by the new styled Mazda CX-5 in North America.

The Mazda Tribute is available in i Sport, i Touring, i Grand Touring, and s Grand Touring. Each Mazda Tribute i model is equipped with a 2.5-liter four-cylinder that delivers 171 horsepower and 171 pound-feet of torque. A five-speed manual transmission is by default on the i Sport, while the six-speed automatic is optional on the i Sport and by default on all others. Front-wheel drive is standard on all trims, while the i Sport can be equipped with all-wheel drive.

Some of the common problems or complaints owners have about the Mazda Tribute are:

Below you can find the owners manuals for the Tribute model sorted by year. The manuals are free to download and are available in PDF format. Is is recommended to check the owners manual corresponding to the correct year of your Mazda Tribute to solve the problems or to get insights about the car.