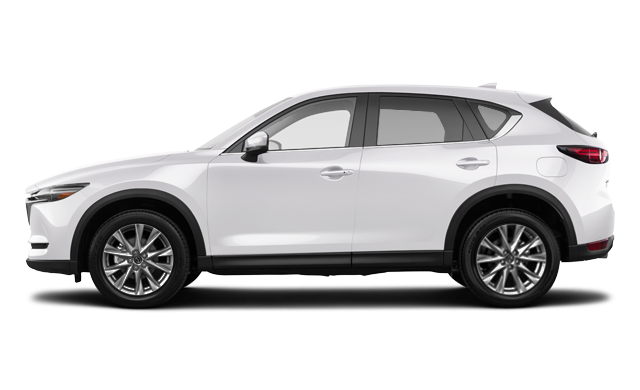 The Mazda CX-5 is a compact crossover built by Mazda beginning in 2012 for the 2013 model year list. It is Mazda's premier vehicle highlighting the new KODO – Soul of Motion Design language originally presented in the Shinari concept car in May 2011. It shares a similar platform with Mazda3 and Mazda6.

It is also the original car highlighting the company's full Skyactiv Technology line, adding a rigid, lightweight platform, mixed with a new range of efficient powertrains and transmissions following in decreased emanations and fuel consumption. The Skyactiv Engine and Transmission Technologies were originally published in the 2012 Mazda3 compact sedan and hatchback.

The CX-5 was originally presented in 2011 at Frankfurt Motor Show and revealed at the 2011 Tokyo Motor Show.

The Sport, Touring and Grand Touring trims are equipped with a 2.5-liter four-cylinder powertrain (187 hp, 186 lb-ft of torque) and provided with front-wheel drive. Grand Touring Reserve and Signature trim are powered by a more potent turbocharged version of the same powertrain (227 hp and 310 lb-ft of torque, or 250 hp and 320 lb-ft on premium gas) and get the standard all-wheel drive. Both engines are mated to a six-speed automatic transmission.

Some of the common problems or complaints owners have about the Mazda CX-5 are:

Below you can find the owners manuals for the Cx5 model sorted by year. The manuals are free to download and are available in PDF format. Is is recommended to check the owners manual corresponding to the correct year of your Mazda Cx5 to solve the problems or to get insights about the car.