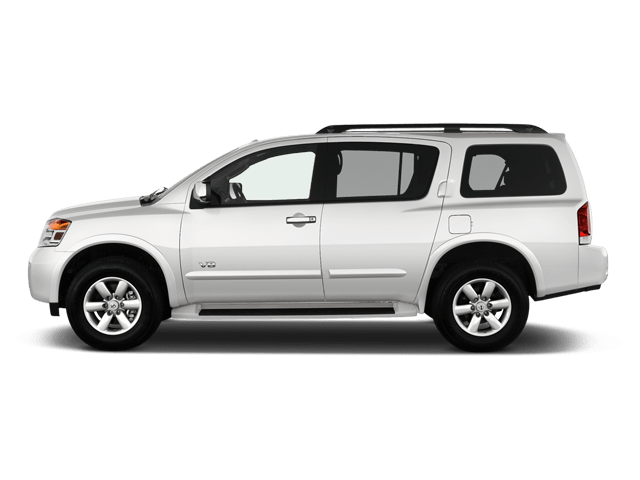 The Nissan Armada is a full-size sport utility vehicle. An upscale variant of the Armada was marketed as the Infiniti QX80 (formerly QX56). From 2003 to 2015 the Armada was constructed in Mississippi based on the Nissan Titan. From mid-2016 onwards, the Armada has been produced in Japan and shares the same platform as the Nissan Patrol, with American-specific changes, and went on sale in 2016 as a 2017 model.

The Pathfinder Armada was revealed in2003 at the New York Auto Show for the 2004 model year.

The Nissan Armada comes with seats for eight passengers, the second-row captain's seats are accessible on the SL and Platinum trims and reduce seating to seven. All Armada trims are equipped with a 5.6-liter V8 powertrain (390 horsepower, 394 lb-ft of torque) mated with a seven-speed automatic transmission. Rear-wheel drive is by default, and four-wheel drive is optional. The Armada's trim levels rise at the SV, go up to the mid-grade SL, and finish with the almost fully packed Platinum.

Some of the common problems or complaints owners have about the Nissan Armada are:

Below you can find the owners manuals for the Armada model sorted by year. The manuals are free to download and are available in PDF format. Is is recommended to check the owners manual corresponding to the correct year of your Nissan Armada to solve the problems or to get insights about the car.