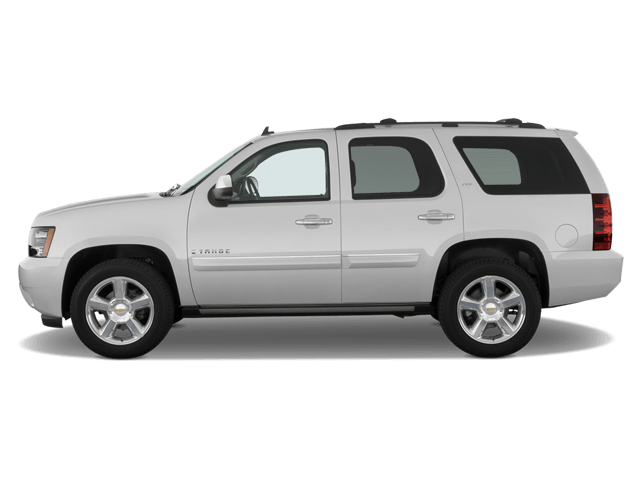 The Chevrolet Tahoe (and its identical twin, the GMC Yukon) is a full-size SUV produced by General Motors. In the 1990 beginning, Chevrolet and GMC sold two different-sized SUVs under the Blazer/Jimmy names. This was changed when GMC rebadged the Jimmy model as the Yukon in 1991. Chevrolet waited till 1994 to redesigned the S-10 Blazer as the Blazer, renaming the Blazer as the Tahoe. The name Tahoe refers to the scenic area surrounding Lake Tahoe in the United States while Yukon refers to the Yukon region of northern Canada.

The Tahoe is sold in North America, parts of Asia, South America while The Yukon is only marketed in North America and the Middle East. In the United states the Tahoe has constantly been one of the best selling full-size SUVs, outselling its rivals by 2 to 1.

The Chevrolet Tahoe and GMC Yukon have also extended-wheelbase models available, the Suburban for Chevrolet and Yukon XL for GMC. In 1998 a luxury Denali model joined the Yukon for the 1999 model year and in 2001, a Yukon XL Denali version of the Yukon XL.

The new Tahoe model is equipped by one of two V-8 engines, a 420-hp version paired to a 10-speed automatic transmission and a standard 355-hp 5.3-liter engine paired with a six-speed automatic. The Tahoe RST accelerated from zero to 60 mph in 5.7 seconds. The rear-drive 5.3-liter version can pull up to 8600 pounds while the all-wheel-drive models have a max tow of 8400 pounds.

Some of the common problems or complaints owners have about the Chevrolet Tahoe are:

Below you can find the owners manuals for the Tahoe model sorted by year. The manuals are free to download and are available in PDF format. Is is recommended to check the owners manual corresponding to the correct year of your Chevrolet Tahoe to solve the problems or to get insights about the car.