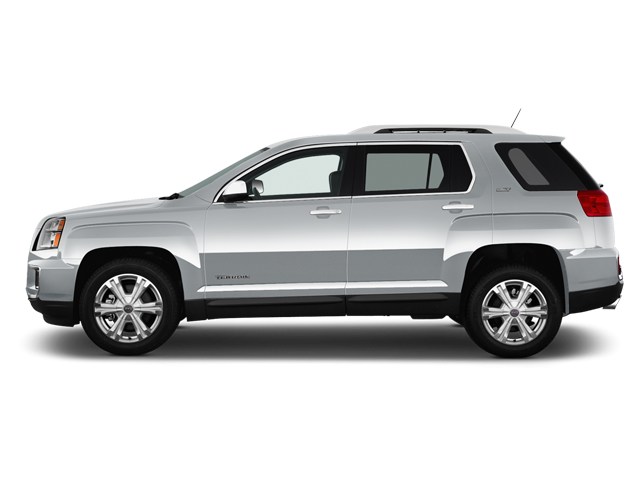 The Terrain is an SUV produced by the American maker General Motors. The Terrain shared the same Theta platform, similar to the Chevrolet Equinox, but currently was moved to Delta platform. It replaced the Pontiac Torrent which was frequently marketed in the same dealerships. The Terrain is the smallest vehicle slotted under the Acadia.

In April 2009 the Terrain was unveiled at New York International Auto Show, as a replacement for the Pontic Torrent brand, which was shut down in 2010. Even though the Pontiac Torrent had the identical Theta platform, the Torrent was a relaunch version of the original Chevrolet Equinox, with a different look.

A second-generation model of the GMC Terrain was launched in April 2017 at the North American International Auto Show. In the summer of 2017, this new generation went on and was ready in three engine choices. Some standard features include a 7-inch touchscreen and LED headlights and taillights. A more luxurious model was also available under the name of the GMC Terrain Denali.

Some features include Apple CarPlay, Android Auto, Wi-Fi hotspot and safety technology. Other points to mention are the surround vision camera system, the Safety Alert Seat and forward-collision alarm.

Some of the common problems or complaints of the GMC Terrain owners are:

Below you can find the owners manuals for the Terrain model sorted by year. The manuals are free to download and are available in PDF format. Is is recommended to check the owners manual corresponding to the correct year of your GMC Terrain to solve the problems or to get insights about the car.