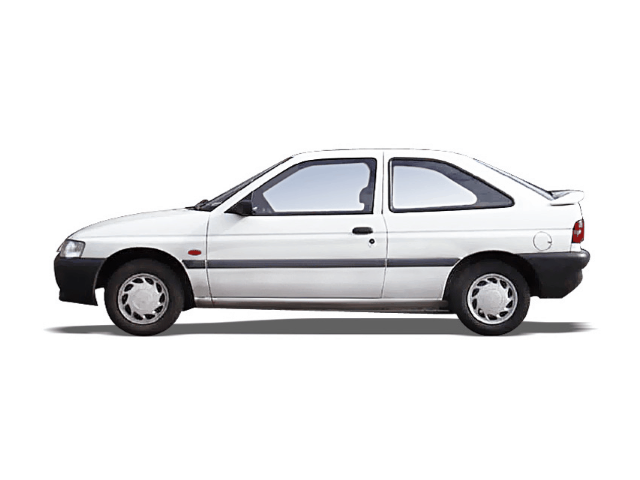 The North American version of the Ford Escort is a compact vehicle launched by Ford in 1980 for the 1981 model year. Sharing the name with the third-generation European Ford Escort, the model series is the premier front-wheel-drive Ford produced and marketed in North America. The close replacement of the Ford Pinto, as the shortest Ford vehicle in North America, the Escort mostly followed the European-imported Ford Fiesta.

Overcoming the soiled name for quality and safety set by the fuel tank failure of the Pinto, the Escort grew very popular in the American marketplace. After 1982, the model series became the best-selling automobile in the U.S, a position maintained throughout most of the 1980s.

The 1981 follower of the Pinto by the Escort was the prime Ford model line to use front-wheel drive. By the close of the 1980s, almost the entire Ford car series would use the powertrain layout. For the 1999 model year, the Ford Focus replaced the Escort as the compact model range. After the 2000 model year, the Escort changed essentially to fleet sales, stopping making after the 2002 model year.

Some of the common problems or complaints owners have about the Ford Escort are:

Below you can find the owners manuals for the Escort model sorted by year. The manuals are free to download and are available in PDF format. Is is recommended to check the owners manual corresponding to the correct year of your Ford Escort to solve the problems or to get insights about the car.