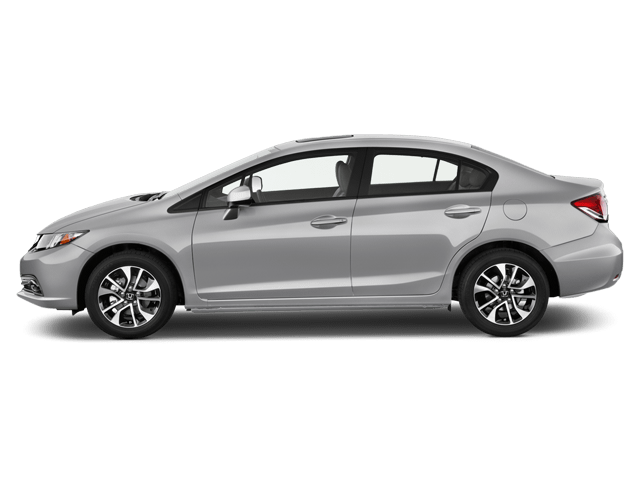 The Honda Civic is a range of cars produced by Honda. Initially a subcompact car, the Civic has suffered some changes, becoming both larger and more upscale, jumping into the compact vehicle segment. According to EPA standard is considered a mid-size car, and as such the tenth generation Civic sedan is considered a small-end mid-size vehicle, although it still competes in the compact class. The Civic currently is slotted within the Honda City and Honda Accord.

The first-generation Civic was launched in July 1972 as a two-door model, followed later by a three-door hatchback. Originally getting a reputation for being reliable, environmentally friendly, and fuel-efficient later models have become known for performance, notably the Civic Type R, Civic VTi, Civic GTi, and Civic SiR/Si.

The Honda Civic sedan is available in LX, Sport, EX, EX-L, Touring, and Si trims. The LX and the Sport are equipped with a 2.0-liter four-cylinder engine (158 horsepower, 138 lb-ft of torque) mated to either a six-speed manual or a continuously variable automatic transmission (CVT). The EX, EX-L, and Touring are powered by a turbocharged 1.5-liter four-cylinder (174 hp, 162 lb-ft) paired to the CVT automatic. The Si uses a more powerful version of this engine (205 hp, 192 lb-ft) and is only available with the manual transmission.

Some of the common problems or complaints owners have about the Honda Civic are:

Below you can find the owners manuals for the Civic model sorted by year. The manuals are free to download and are available in PDF format. Is is recommended to check the owners manual corresponding to the correct year of your Honda Civic to solve the problems or to get insights about the car.