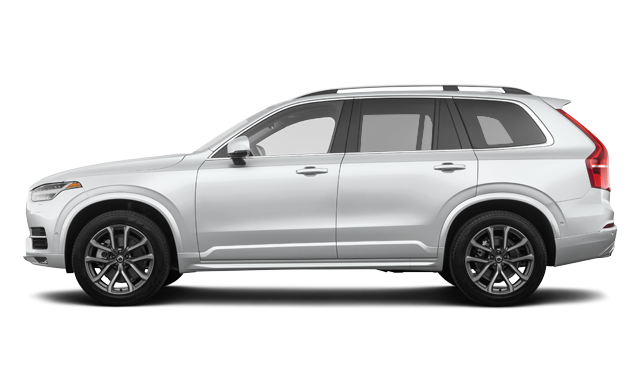 The Volvo XC90 is a full-size luxury crossover SUV produced and sold by Volvo Cars as 2002 across two generations.

The prime generation was presented in 2002 at the North American International Auto Show and used the Volvo P2 platform shared with the original generation Volvo S80 and other big Volvo vehicles. It was built at Volvo's Torslandaverken. Volvo transferred the making of the first generation to China and stopped Swedish making at the end of 2014, renaming the automobile as the Volvo XC Classic (or Volvo XC90 Classic).

In 2014, the second-generation XC90 was launched. It is based on the Scalable Product Architecture (SPA), a new global platform. Both generations of the XC90 have obtained Motor Trend's SUV of the Year prize in their premières.

The new 2020 Volvo XC90 comes in three trim levels: Momentum, R-Design, and Inscription. Three engine options are available for most trim levels, named T5, T6, and T8 eAWD Plug-in Hybrid. The T5 comes in either a front- or all-wheel-drive, while the other trims come with all-wheel drive.

The T5 is powered by a turbocharged 2.0-liter engine (250 horsepower, 258 lb-ft of torque) and paired to an eight-speed automatic transmission. in either front- or all-wheel drive.

The T6 comes with a turbocharged 2.0-liter four-cylinder engine (316 hp, 295 lb-ft) and all-wheel drive. The T8 eAWD Plug-in Hybrid employs the same engine as the T6 but combines an 87-hp electric motor and battery producing a total output of 400 hp and 472 lb-ft of torque.

Some of the common problems or complaints owners have about the Volvo XC90 are:

Below you can find the owners manuals for the Xc90 model sorted by year. The manuals are free to download and are available in PDF format. Is is recommended to check the owners manual corresponding to the correct year of your Volvo Xc90 to solve the problems or to get insights about the car.