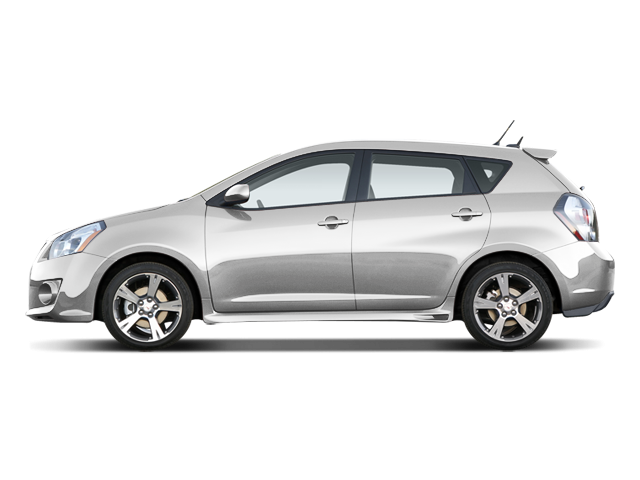 The Pontiac Vibe is a compact four-door car that was marketed by Pontiac from 2002 through 2010. It was produced by General Motors along with Toyota, who produces the mechanically identical Toyota Matrix. Built by the Toyota-GM joint venture the Vibe followed the Chevrolet Prizm in making and like the Prizm, it was obtained from the Toyota Corolla, making it the latest S-body produced model.

From 2002 through 2004, a rebadged right-hand drive version of the Vibe was exported to the Japanese market as the Toyota Voltz. The Voltz was not very well received in Japan and abandoned after two model years.

Making of the Vibe ceased in 2009 with the termination of the Pontiac brand under the General Motors Chapter 11 reorganization. Its twin, the Toyota Matrix, was in making for another three and four years for the American and the Canadian market, as the Matrix was produced by Toyota and was uninfluenced by the closing down operation.

The Pontiac Vibe comes in two trim levels: base and GT. The base is powered by a 1.8-liter 132-horsepower four-cylinder powertrain. All other trims come with a 2.4-liter four engine rated at 158 hp. A five-speed manual transmission is by default on all but the AWD, which comes paired with a four-speed automatic.

Some of the common problems or complaints owners have about the Pontiac Vibe are:

Below you can find the owners manuals for the Vibe model sorted by year. The manuals are free to download and are available in PDF format. Is is recommended to check the owners manual corresponding to the correct year of your Pontiac Vibe to solve the problems or to get insights about the car.