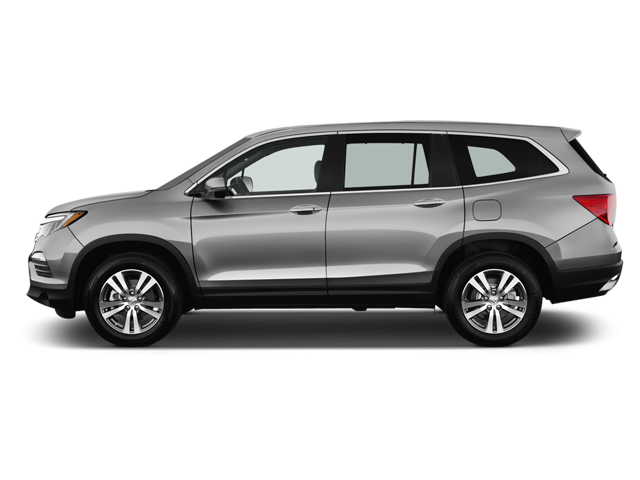 The Honda Pilot is a mid-size SUV produced by Honda and launched in 2002.

Produced for the North American market, the Pilot is the biggest SUV from Honda and highlights three-row seating. The car is currently assembled in Lincoln, Alabama. The original generation Pilot was unveiled in April 2002 as a 2003 model.

The Pilot shares its platform with the Acura MDX and the Odyssey minivan.

Before the introducetion of the Pilot, Honda sold the compact crossover CR-V and the Honda Passport. The Honda Passport that was sold within 1993-2002 was a truck-based design.

The Pilot is sold in North America and the Middle East, while the Honda MDX was sold in Japan and Australia.

The Honda Pilot comes with six trim levels: LX, EX, EX-L, Touring, Elite and Black Edition. All models are equipped with a 3.5-liter V6 engine (280 hp, 262 lb-ft of torque) paired to a six-speed automatic transmission in most of the trims, and a nine-speed transmission in Touring and the trims above. Front-wheel drive is standard on inferior trims, with all-wheel drive standard on Elite and Black Edition trims and optional on other models.

Some of the common problems or complaints owners have about the Honda Pilot are:

Below you can find the owners manuals for the Pilot model sorted by year. The manuals are free to download and are available in PDF format. Is is recommended to check the owners manual corresponding to the correct year of your Honda Pilot to solve the problems or to get insights about the car.