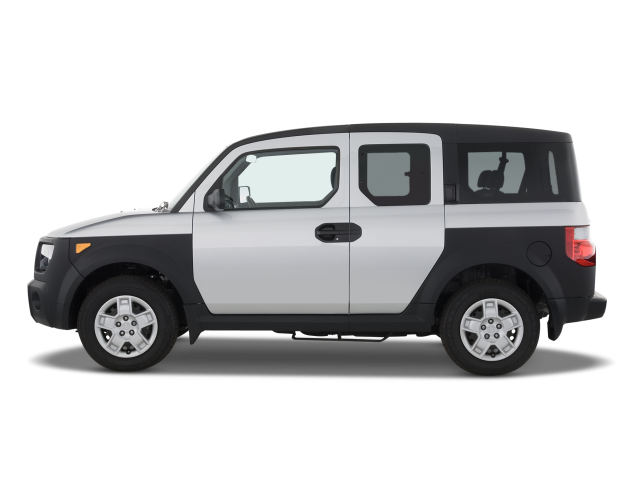 The Honda Element is a compact crossover SUV produced by Honda using a revised CR-V platform and sold in North America across a single generation for the model years 2003-2011.

Produced in Ohio, the Element was available with either front-wheel or all-wheel drive and was remarked for its boxy design with bi-parting side doors and its flexible inside layout.

The Element arose from a concept named Model X which was produced by Honda engineers in 1998 and introduced in 2001 at the North American International Auto Show in Detroit. The Model X was created as an activity-oriented automobile mixing traits of a pickup truck and an SUV.

The Honda Element is available in two trim levels: LX and EX. Every trim is powered by a 2.4-liter four-cylinder engine with 166 horsepower and 161 pound-feet of torque paired to a five-speed automatic transmission. Front-wheel drive is by default, while all-wheel drive is possible on both the LX and EX trim levels.

Some of the common problems or complaints owners have about the Honda Element are:

Below you can find the owners manuals for the Element model sorted by year. The manuals are free to download and are available in PDF format. Is is recommended to check the owners manual corresponding to the correct year of your Honda Element to solve the problems or to get insights about the car.