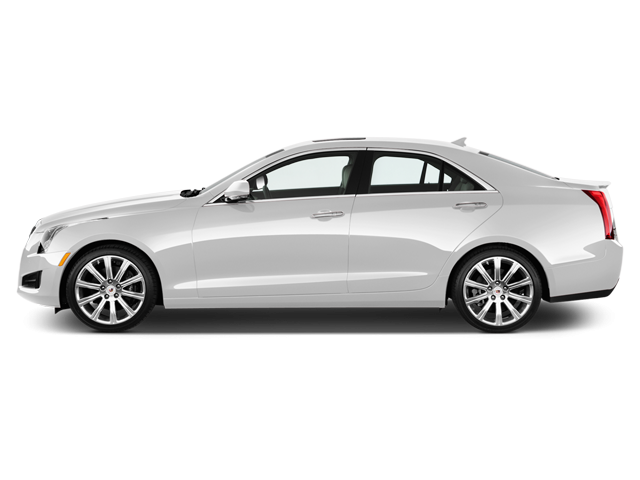 The Cadillac ATS is a compact 4-door sedan and 2-door coupe produced and sold by Cadillac under the General Motors Technical Center in Warren, Michigan. The ATS is built at the Lansing Grand River Assembly factory in Lansing, Michigan.

The ATS is based on GM's Alpha platform offering rear and all-wheel-drive configurations. The ATS was equipped up until 2016 by a naturally aspirated 2.5-liter I-4 gasoline engine that delivered 202 hp (151 kW). Other engines are available like a 2.0-liter turbocharged I-4 gasoline engine that delivers 272 hp (203 kW) and a naturally aspirated 3.6-liter V6 gasoline engine that delivers 321 hp (239 kW). In 2017 the 2.0-liter engine substituted the 2.5-liter engine. Until 2015 all versions were paired with a 6-speed GM automatic transmission as standard. In 2016 an 8-speed automatic transmission was employed. The 2.0-liter turbocharged engine, equipped with rear-wheel drive can be paired to an optional 6-speed manual transmission.

In 2012, Cadillac introduced the ATS in the United States and placed the sales began later in that year, in August for the 2013 model. Other markets where the ATS is sold include Canada, Mexico, Europe, the Middle East, China, Japan, and South Korea.

Some of the common problems or complaints about the Cadillac ATS are:

Below you can find the owners manuals for the Ats model sorted by year. The manuals are free to download and are available in PDF format. Is is recommended to check the owners manual corresponding to the correct year of your Cadillac Ats to solve the problems or to get insights about the car.