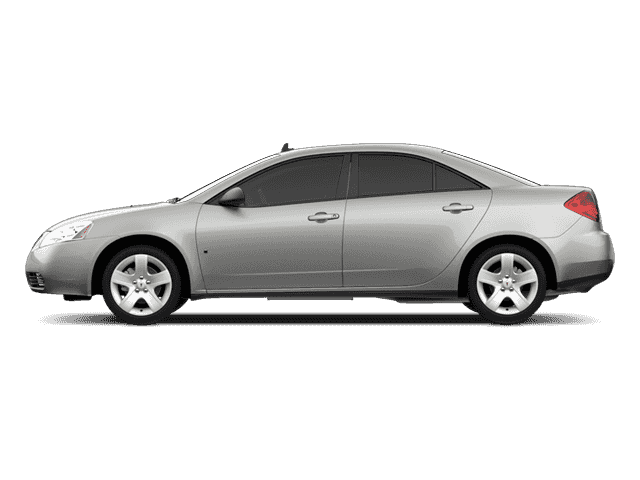 The Pontiac G6 is a mid-size vehicle that was built by GM under the Pontiac brand. It debuted in 2004 for the 2005 model year to follow the Grand Am. The sedan was constructed on the GM Epsilon platform which it shared with the Saab 9-3 and Chevrolet Malibu. Production ceased in 2010 with the abandonment of the Pontiac range.

Its name stems from being the follower to the Pontiac Grand Am, and serves as the "sixth generation" of the Grand Am, thus the name G6. The title shift from Grand Am to G6 also worked as a standard for future models. For example, the Pontiac G8 was a class over the G6, while the Pontiac G5 was a class under.

The Pontiac G6 comes in three trim levels: base, GT and GTP. The base is powered by a 2.4-liter four-cylinder producing 167 horsepower. A 3.5-liter V6 with 201 hp is also available, and all GT trims have this V6 engine by default. A four-speed automatic transmission driving the front wheels is by default with either of these powertrains. The GTP trim comes with a 240-hp, 3.9-liter V6 engine matched with either the standard four-speed auto or an optional six-speed manual transmission.

Some of the common problems or complaints owners have about the Pontiac G6 are:

Below you can find the owners manuals for the G6 model sorted by year. The manuals are free to download and are available in PDF format. Is is recommended to check the owners manual corresponding to the correct year of your Pontiac G6 to solve the problems or to get insights about the car.