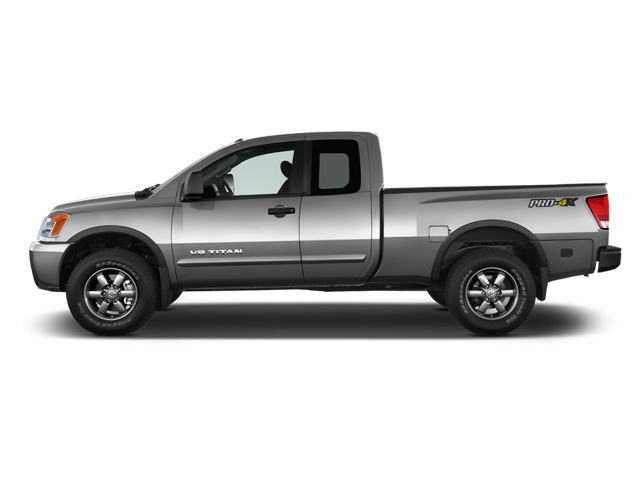 The Nissan Titan is a full-size pickup truck produced in the United States for the North American market by Nissan. It was called for the Titans of Greek mythology.

Construction of the Titan started in September 1999. The design style of the approaching truck was previewed by the 2001 Alpha T concept presented at the 2001 Detroit Auto Show, which had earlier produced through November 2000.

Production started in 2003 and sales later that year, in December 2003. The Titan used Nissan's new full-size F-Alpha platform. This new platform was shared with the Nissan Armada and Infiniti QX56 SUVs, with all three assembled in the United States. The prime generation Titan remained without a significant redesign through 2015.

The Nissan Titan is available in five trims: S, SV, SL, Platinum Reserve, and the off-road-oriented Pro-4X. Depending on your requirements, you can get a Titan as a crew cab with a short bed, a private cab with a long bed, or an extended cab (the King Cab) with a standard bed. All Titan comes equipped with a 5.6-liter V8 engine (390 horsepower, 394 pound-feet of torque) matched to a seven-speed automatic transmission. Rear-wheel drive is by default, and four-wheel drive is optional.

Some of the common problems or complaints owners have about the Nissan Titan are:

Below you can find the owners manuals for the Titan model sorted by year. The manuals are free to download and are available in PDF format. Is is recommended to check the owners manual corresponding to the correct year of your Nissan Titan to solve the problems or to get insights about the car.