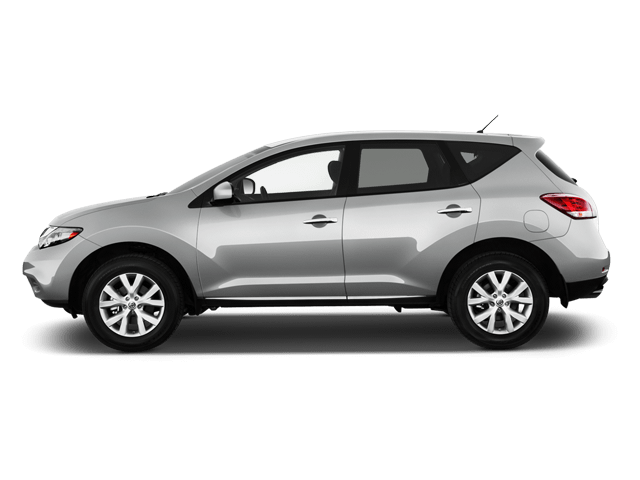 The Nissan Murano is a four-wheel, five-door mid-size crossover produced and sold by Nissan since 2002 as a model for 2003 across three generations. A convertible model, the CrossCabriolet, is also available for the model years from 2011 till 2014.

As Nissan's original crossover SUV for North America, the Murano was created at Nissan America in California and was based on the Nissan FF-L platform. The single European model of the Murano started sales in 2004.

The Murano was Nissan's unique crossover SUV in the United States until 2007 when the 2008 Nissan Rogue went on sale. In Canada, the X-Trail had been on sale as Nissan's second SUV since 2004 as a model for 2005. It was followed by the 2008 Nissan Rogue at the end of 2007. The Murano is sized within the Pathfinder and Xterra (Now followed by the Rogue as a compact SUV).

The nameplate Murano originates from the Italian town of Murano and the namesake Murano art glass for which the city is widely recognized.

The Nissan Murano is available in four trims: S, SV, SL, and Platinum. The S is the base model and comes equipped with a sturdy list of standard traits. SV models combine the advanced safety package, and the SL gives luxurious finishes. The top-end Platinum trim covers the range of Nissan connected services and a beautiful dark wood interior.

A 3.5-liter V6 powertrain (260 hp, 240 lb-ft) is by default on all trim levels. It is paired to the Nissan Xtronic continuously variable automatic transmission (CVT). Both front-wheel drive and all-wheel drive are possible across the series.

Some of the common problems or complaints owners have about the Nissan Murano are:

Below you can find the owners manuals for the Murano model sorted by year. The manuals are free to download and are available in PDF format. Is is recommended to check the owners manual corresponding to the correct year of your Nissan Murano to solve the problems or to get insights about the car.