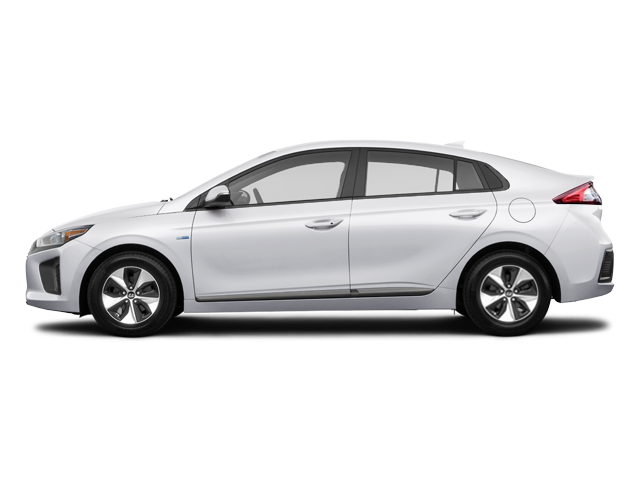 The Hyundai Ioniq is a compact car produced and sold by Hyundai. The model name is a portmanteau of ion and unique. It is the first vehicle to be available in hybrid, plug-in hybrid, and all-electric variants.

The Ioniq Hybrid was launched in South Korea in January 2016. The models debuted the same year in Geneva and New York auto shows. The hybrid variant went on sale in its home market in February 2016, followed by the electric model in July 2016 and the plug-in hybrid version in February 2017.

From its initial model 2017 year through the 2019 model year, the Ioniq Electric had been the EPA's most economical car with a fuel economy of 136 miles per gallon gasoline equivalent (1.7 L/100 km). The Ioniq Blue hybrid model has been rated at 58 miles per gallon, making it the most fuel-efficient hybrid car that is mass-produced.

The 2020 Hyundai Ioniq comes in four trim levels: Blue, SE, SEL, and Limited. All models are equipped with a 1.6-liter four-cylinder engine matched to a hybrid system producing a total output is 139 horsepower.

Some of the common problems or complaints owners have about the Hyundai Ioniq are:

Below you can find the owners manuals for the Ioniq model sorted by year. The manuals are free to download and are available in PDF format. Is is recommended to check the owners manual corresponding to the correct year of your Hyundai Ioniq to solve the problems or to get insights about the car.