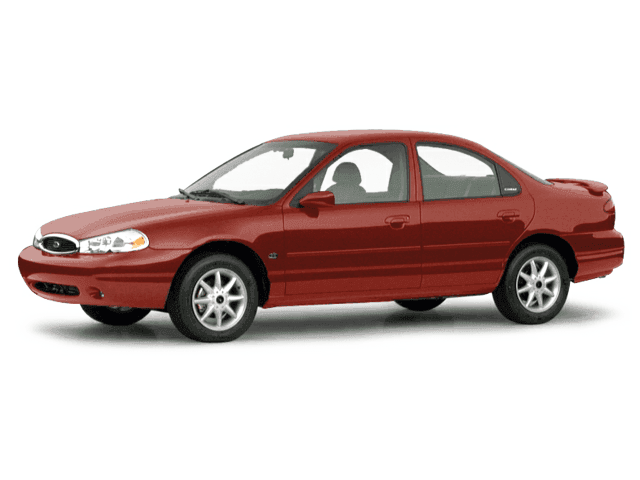 The Ford Contour and its rebadged Mercury version, the Mercury Mystique, are North American variants of the prime-generation Ford Mondeo, sold for model years 1995 to 2000, following the Mercury Topaz and Ford Tempo.

Stemmed straight from the Ford Mondeo Mk 1, the Contour and Mystique are based on the Ford CDW27 platform. In opposition to the original Ford (the 1981 Ford Escort), the Contour was redesigned slightly for American needs.While formally categorized as a mid-size vehicle, the Contour was between the smallest sedans in the class, with its inside dimensions becoming a subject of criticism.

The Contour and Mystique shared two powertrains with the Mondeo, a 125 hp 2.0 L inline-4 engine, and a 170 hp 2.5 L V6 engine. The 1.8L turbodiesel engine of the Mondeo was never marketed in North America. A five-speed manual transmission was by default with both engines, with a four-speed automatic allowed as an option.

Some of the common problems or complaints owners have about the Ford Contour are:

Below you can find the owners manuals for the Contour model sorted by year. The manuals are free to download and are available in PDF format. Is is recommended to check the owners manual corresponding to the correct year of your Ford Contour to solve the problems or to get insights about the car.