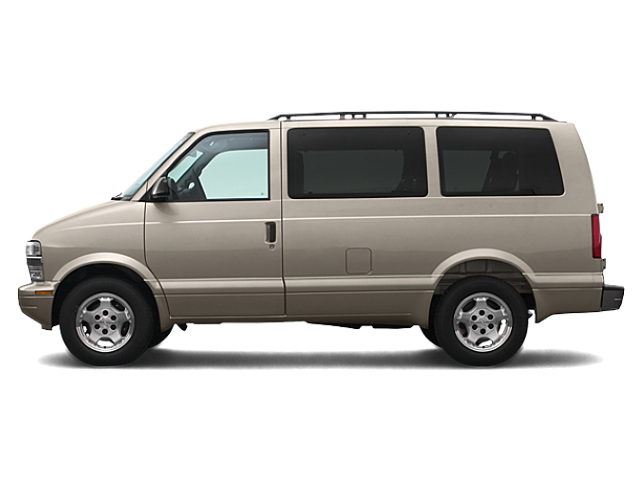 The Chevrolet Astro is a van that was produced and sold by the Chevrolet division of American carmaker GM from 1985 through 2005. Marketed beside the GMC Safari, the Astro was sold in many forms, counting passenger minivan and cargo van.

The Astro and Safari shared the General Motors M platform, using a rear-wheel-drive chassis. They were manufactured by the Baltimore Assembly plant and would be the last model line made by the facility. In total, roughly over 3 million Astros and Safaris were built from 1985 through 2005.

The Astro was powered by a 4.3-liter V6 engine delivering 190 hp and 250 pound-feet of torque. Originally, GM offered a default five-speed manual transmission, but nearly all vans were marketed with a four-speed automatic that shortly became the only transmission present. Old vans were only rear-wheel-drive, but in 1990 Chevrolet added the option of all-wheel drive. Properly equipped, the towing capacity was 6,000 pounds with either powertrain.

Some of the common problems or complaints owners have about the Chevrolet Astro are:

Below you can find the owners manuals for the Astro model sorted by year. The manuals are free to download and are available in PDF format. Is is recommended to check the owners manual corresponding to the correct year of your Chevrolet Astro to solve the problems or to get insights about the car.