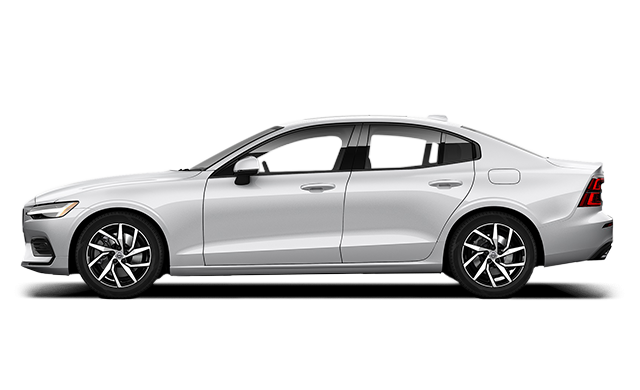 The Volvo S60 is a compact luxury sedan built and sold by Volvo as 2000 across third generations.

The third generation debuted in 2018 and is produced on a reduced version of the Scalable Product Architecture platform, in America's original Volvo plant in Ridgeville, South Carolina. The U.S. became the single global source of the S60 sedan after production in China was abandoned in 2019.

The new Volvo S60 comes in four trim levels: Momentum, Inscription, R-Design, and Polestar Engineered. There are four engine options, beginning with the T5 that employs a 2.0-liter turbocharged four-cylinder engine (250 horsepower, 258 lb-ft of torque). It's paired to an eight-speed automatic and front-wheel drive. The T6 has a turbocharged and supercharged variant of that powertrain (316 hp, 295 lb-ft) that comes with an all-wheel drive. The T8 hybrid takes the T6's engine and adds electric motors (mixed output of 400 hp, 472 lb-ft). The T8 Polestar Engineered gets a higher-output variant of the plug-in hybrid that delivers 415 hp and 494 lb-ft of torque.

Below you can find the owners manuals for the S60 model sorted by year. The manuals are free to download and are available in PDF format. Is is recommended to check the owners manual corresponding to the correct year of your Volvo S60 to solve the problems or to get insights about the car.