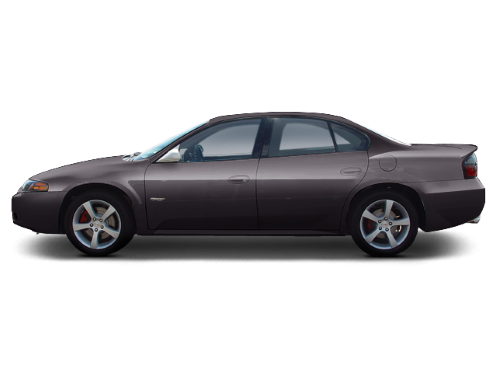 The Pontiac Bonneville is a luxury sedan produced by Pontiac from 1957 through 2005. Bonnevilles were full-sized, except for a short period of time from 1982–1986 when they were mid-size.

The brand debuted as a limited performance convertible through the 1957 model year. The Bonneville, and its platform partner, the Grand Ville, are some of the biggest Pontiacs ever produced. In station wagon body forms they measured 230 inches (5.8 m) long.

The Bonneville is available in three trims levels: SE, SLE, and SSEi. Standard on the SE and SLE is GM's 3800 Series II V6 engine that producing t 205 horsepower through a four-speed automatic transmission. The SSEi is powered by a 240-horsepower supercharged version of the 3.8-liter V6 engine that makes you almost forget that no V8 is available.

Some of the common problems or complaints owners have about the Pontiac Bonneville are:

Below you can find the owners manuals for the Bonneville model sorted by year. The manuals are free to download and are available in PDF format. Is is recommended to check the owners manual corresponding to the correct year of your Pontiac Bonneville to solve the problems or to get insights about the car.