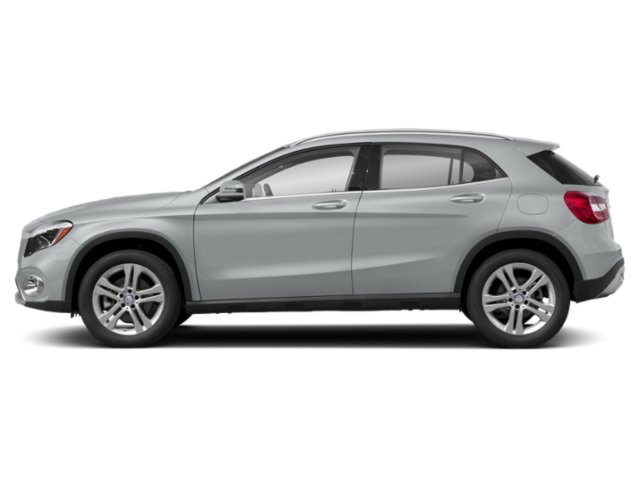 The Mercedes-Benz GLA-Class is a subcompact luxury crossover SUV revealed by the German maker Mercedes-Benz in 2013 at the Frankfurt Auto Show. It was earlier revealed to the public at the Shanghai Auto Show in April 2013 as a concept vehicle. A second generation GLA-Class was launched in December 2019.

The name GLA was devised following the updated Mercedes-Benz classification for SUVs. This was oficially declared in November 2014 to begin rollout in 2015. Still, the GLA-Class name was already compliant with the identifying structure since its introduction. Following this scheme, SUVs use the base name "GL", accompanied by the model's position in Mercedes-Benz hierarchy. The "G" which stands for geländewagen (German word for off-road car) and refers to the long-running G-Wagen. This is accompanied by the letter "L" that serves as a boundage with the letter "A"—the GLA being the SUV counterpart to the A-Class.

From 2016 to 2019, it was shipped and marketed by Nissan through its Infiniti Brand in North America as the Infiniti QX30 with only minor detail/appearance variations; mechanically, the two vehicles are nearly alike.

The GLA-Class is equipped with a range of petrol and diesel 4-cylinder engines, and is available in either front-wheel drive or all-wheel drive 4Matic. It is offered in two trim levels: GLA 250 and the all-wheel-drive GLA 250 4Matic. The GLA is powered by a turbocharged 2.0-liter four-cylinder engine (208 hp, 258 lb-ft of torque) and paired to a seven-speed dual-clutch automatic transmission.

Some of the common problems or complaints owners have about the Mercedes-Benz GLA are:

Below you can find the owners manuals for the GLA model sorted by year. The manuals are free to download and are available in PDF format. Is is recommended to check the owners manual corresponding to the correct year of your Mercedes-Benz GLA to solve the problems or to get insights about the car.