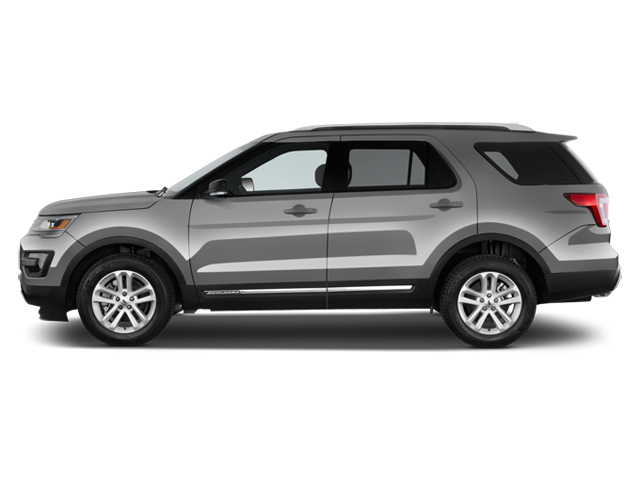 The Ford Explorer is SUV produced by Ford Motor Company and launched in 1990 for the 1991 model year following the two-door Bronco II. Presently is build across six generations, the last one was revealed in January 2019. The Explorer gets its name from a trim package from F-Series, used in 1967-1986.

During its creation, many variants of the Explorer have been sold, with Lincoln-Mercury selling the four-door Explorer as the Mercury Mountaineer and the Lincoln Aviator and Mazda selling the Explorer Sport as the Mazda Navajo.

The Explorer Base, XLT, and Limited trims are equipped with a 300-hp turbocharged 2.3-liter four-cylinder engine. The Platinum model is powered by the 365-hp twin-turbocharged 3.0-liter V-6 engine and the sporty Explorer ST model, with a 400-hp version of the same engine. The hybrid version of the Explorer pairs a 3.3-liter V-6 engine with an electric motor, delivering a combined output of 318 hp. The Explorer can tow up to 5600 pounds. A 10-speed automatic transmission is a standard across all trims.

Some of the common problems or complaints owners have about the Ford Explorer are:

Below you can find the owners manuals for the Explorer model sorted by year. The manuals are free to download and are available in PDF format. Is is recommended to check the owners manual corresponding to the correct year of your Ford Explorer to solve the problems or to get insights about the car.